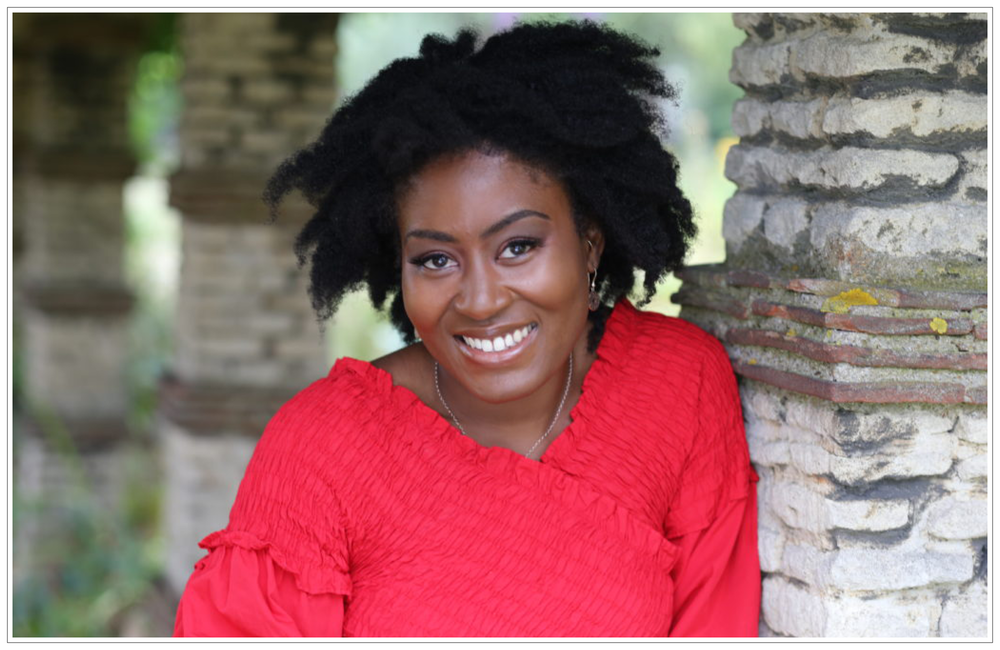 Dr Annabel Sowemimo is the founder and director of Decolonising Contraception, a non-profit organisation led by people of colour. It aims to raise awareness about the historical and socio-economic barriers faced by people accessing sexual and reproductive care. We spoke to Annabel about the work of the collective and its plans for the coming year.

As the founder of Decolonising Contraception, could you tell us how it came into being?

I’m a community sexual and reproductive health registrar and, while I was training, I felt there was an absence of discussion about how present racial inequalities and cultural and historical factors are in the day-to-day work we do. I also noticed mistrust of medical professionals, which we’ve seen rear its head throughout COVID-19.

In June 2018, I wrote an article for gal-dem magazine (How reproductive medicine has been used to oppress people of colour) and I spoke to colleagues in sexual health about what we could do. We ran an event on the subject of decolonising contraception in for Black History Month in 2018. That was well-attended, so we ran another four events that year, on things like, ‘Patriarchy and the pill’, ‘Sexual health and taboo in the south Asian community’, and from there, things really spiralled.

We’ve grown into a collective of sex educators, clinicians, campaigners, journalists, researchers and community organisers. Breaking silence is key, but we also felt like we needed to do more work with communities. The manifesto (Sexfesto) on our website sets out what we’re all about. This year, we’ve been doing a lot of policy and consultation work and not as much community work as we would like to. We’ve recently had some funding confirmed for the next 12 months, so we’re feeling a bit liberated! Hopefully it will allow us to do exactly what we want to do, rather than just what people ask of us.

How do you describe the issues you’re tackling to someone who is new to it?

First, I would ask, ‘Have you ever struggled to access a service or have you ever encountered a health professional and felt they were judging you?’ If I’m talking to somebody who is living as a minoritised, marginalised person, I would add, ‘Do you feel that you have to be more secretive about things, or have you ever felt that your experiences aren’t quite the same as the white population around you; or that your experiences are not spoken to?’

There’s this thing I call ‘sexy’ sexual health. Everyone is really happy talking about sexy sexual health! A programme might show people who are having lots of sex, and it’s fun and edgy, and they can address the fact that this person might now have a sexually transmitted infection, because they had this really raunchy night. But nobody wants to talk about the ‘unsexy’ sexual health, which is the majority of sexual health that we see in clinical settings.

For the majority of people we see with poor sexual health, sex is not a purely enjoyable experience. It’s complex. It’s not because the sex they are having is not enjoyable, necessarily, but there are other social factors that mean they’re struggling. They might be using a lot of drugs or they might be in a relationship in which they’ve not been able to vocalise what they need, which could be for their partner to wear a condom – it’s complicated. That unsexy part of sexual health never really gets the time of day.

For example, there’s the fact that people don’t feel like they can tell other people that they have herpes. It’s extremely stigmatising, and nobody really talks about the huge mental toll that takes on a lot of people. Most sexual health professionals will tell you that, most weeks, they give someone a diagnosis or they see someone who has herpes who is really mentally struggling.

Ultimately, there’s a reason our sexual health is worse. Nothing anybody else is doing seems to be making much progress, if we’re entirely honest. The statistics have not got any better. We know it’s not because certain demographics are just ‘risky’. Clearly, for the type of medicine that sexual and reproductive health is, the material substance of people’s lives really matters – things like safe and secure housing matter in terms of sexual and reproductive health. We’re trying to challenge people to think about the whole picture.

What have been some of your successes so far?

This year we’ve had lots of little wins. We published Contraception is about Everyone and got it out there. I think that really made people understand more about where we are at and where we’re travelling. We had a lot of interaction from people sharing it online, and people contacting us and using it.

We have been working with BPAS (British Pregnancy Advisory Service) on a policy document that should come out soon, based on a workshop we ran at the start of the year with Black women and a non-binary individual talking about contraceptive use and contraceptive coercion. Honestly, people don’t understand how much of a problem it is. This work really speaks to a lot of things that people are experiencing but feel they can’t say or they haven’t had the space to articulate.

We are also working with Bloody Good Period on a project called Decolonising Menstruation. They work on issues around period poverty (being unable to afford sanitary products) and period shame and there is definitely some work to be done on cultural beliefs around menstruation. People sometimes don’t want medical management or even to discuss their periods. The project allows us to unpack those things and signpost people to important information. It also covers stopping periods and the menopause. It’s something that comes up a lot, when I’m online or when I’ve been counselling people about treatment for heavy bleeding or fibroids. Sometimes people don’t want anything to stop their periods, and are trying to understand when it’s okay to have an intervention because your quality of life is not good.

What do you plan to focus on over the next year?

Particularly with the impact of COVID-19 and clinics closing, there’s a real need for a radical voice on equality and justice in reproductive health. We have to keep challenging policy makers and asking them whether decisions are fair and equitable.

Read More:  'Bridgerton' Star Regé-Jean Page Is Rumored to Have a Girlfriend

This year we have spoken to many health organisations and I feel people increasingly know what we are about. Now there’s the work of translating that, challenging what people are producing and making sure this is feeding into change. It’s not always fun work and people don’t see it, but it’s important, strong work. We’re always in meetings, we’re always showing up, we’re always asking and answering questions. It may not be visible, but it’s actually a large part of what we do.

The kind of things people will see more of include the Sex Agenda podcast. We produced one season already and we’re going to do another, alongside a wider Sex Agenda project, with zines and events, to raise awareness of the parts of sexual health that people don’t often get to discuss.

This year, we had planned to run a festival, Sex Fest, but we had to postpone it because of COVID-19. Sex Fest is about demystifying, destigmatising, and unpacking sometimes difficult topics in a relaxed environment. It will be fun and informative. The idea was built on imagining a space that I wish had existed for me, a decade ago. People can eat, drink, there’s music, but there are also talks going on, and people can build an agenda around what they want to know. I hope that will happen in the latter half of 2021. It’s something I’m committed to doing in person, rather than online. We have done a lot online this year, but this is about bringing people together, particularly queer young people. I think people need Sex Fest now, after all of this time in quarantine, so when it’s safe to do so, we will bring it back.

This eFeature appeared in the December 2020 edition of the Eurobulletin.