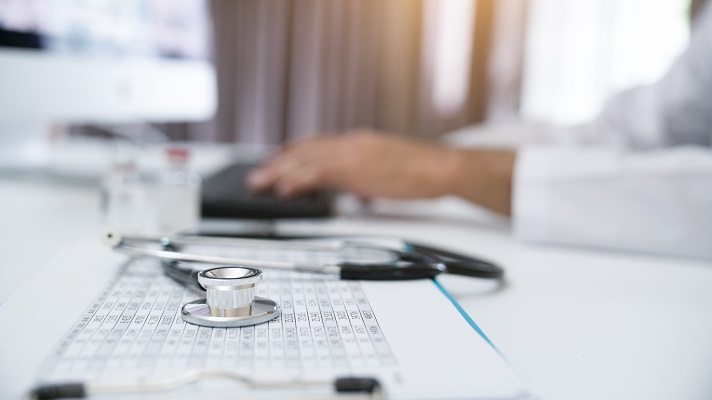 For years, staff at the Petersen HIV clinic in Tucson, Arizona, had been working on implementing a telemedicine protocol for their patients in the region. They knew HIV care could be provided efficiently via telehealth and had been studying best practices of other facilities around the country. But they’d been stymied by hurdles, particularly when it came to getting administrative buy-ins.

“Of course, all that changed in March,” said Cesar Egurrola, lead clinical coordinator at Petersen.

As was the case with other healthcare specialties, the care at Petersen swiftly transitioned in response to the COVID-19 pandemic to a virtual model, aided by the staff’s preparatory efforts.

During a webinar on Wednesday, Egurrola and his colleagues Dr. Stephen Klotz and Larry York explained that the three of them represented the three participants, at a minimum, needed to run a successful HIV telemedicine clinic: a physician, a pharmacist and a coordinator.

“Duties must be divided among the three in such a way that the interview flows smoothly,” said Egurrola.

At Petersen, the clinicians explained, returning patients are allotted 20-minute appointment slots, but they typically don’t need that long. New patients get 40 minutes. Appointments take place via Zoom for Healthcare, although they can be conducted on the phone as needed.

During standard appointments, Klotz, as the physician, greets the patient, asks general health questions and reviews any recent labs or X-rays. York, the pharmacist, goes over the list of medications, renews antiretroviral therapies and determines compliance with them. Egurrola asks questions about mental health and sexual practices, orders labs as needed, reviews the patient’s contact information and makes the next appointment.

Because compliance with ART is so important, the team also offers a pharmacy-managed adherence clinic.

Particularly with newly diagnosed patients, York said, “We’re trying to convey the information that this is not a death sentence and everything is going to be OK.”

An HIV diagnosis often requires multiple vaccinations and labs, meaning the entire spectrum of care cannot be delivered virtually. For injections, the current procedure is to set up nursing visits within the brick-and-mortar clinic.

“We can essentially book nursing visits within our clinic, where the individual can show up just to get shots,” said York. Although pharmacies could also administer injections, he said, most aren’t doing so at the moment due to COVID-19 concerns.

The same is true for sexually transmitted infection treatments, though diagnostic swabs can be sent through the mail.

Other hurdles include patient connectivity issues – a concern throughout the country, particularly in places with patchy broadband coverage – and patient punctuality.

“We have to be very clear with the patients. … We have to try and keep the schedule running smoothly,” even though care is being delivered online, said Egurrola.

At the same time, he said, patients are also more likely to drop out of a virtual “waiting room” than they are to stick around in person. This involves “making sure they know we’re going to be there, and we might be late, but we’ll still get to them,” he said.

It’s also sometimes difficult to ensure patients are completing lab work, which isn’t a telehealth-specific problem. The Petersen clinic team tries to encourage patients to do so via reminders before the appointment.

When it comes to no-shows, York said the team has found that patients still may be very reliably taking medication. By renewing their prescription, he said, “You’re promoting their own health, but also public health.” After about a year, he said, they’ll start instituting measures encouraging patients to return, such as making their medication available on a monthly basis only.

“We work with a couple specialty pharmacists here in town that do deliver the medications if patients need them,” York said.

In the future, the team plans to roll out a robust pre-exposure prophylaxis (PrEP) telemedicine program, though it is currently virtually providing such care by default.

Apart from a few “colorful” Zoom user names – including some that coordinators have had to ask patients to switch – the clinicians say telehealth is often effectively indistinguishable from in-person care.

“If you have a good video link-up, it’s just like being in their presence,” said Klotz.